In order to make higher education available in the rural environment such as of Sangamner, Shikshan Prasarak Sanstha was established in 1960. Sangamner College was established by Shikshan Prasarak Sanstha, Sangamner on 23rd January 1961 on the auspicious occasion of Birth Anniversary of Netaji Subhashchandra Bose. The Arts and Commerce courses were commenced in June 1961 and in June 1965 Science courses were introduced. When Sangamner College was founded forty years ago, in 1961, there was no college available to the rural youth of this region. The college was founded with the aim of upliftment of the disadvantageous rural youth in all respects. On one hand, we are aware of the social circumstances prevailing in the rural area where we are working. So, we offer the elective option to students, which are favourable to the local atmosphere. On the other hand, we want to academically empower the aspiring youth by offering vocational course in Computer Applications to students of Arts & Commerce. B.B.A., B.C.A. and M.C.A. courses were started with the same purpose. “Think globally, act locally” is our guiding Principle.

Message from the Chairman

It gives me immense pleasure to communicate with you all as the Chairman of Shikshan Prasarak Sanstha which has a glorious tradition of fifty years. Our institution believes in bringing about changes that are a need of the time but also cherishes eternal values ... Read more 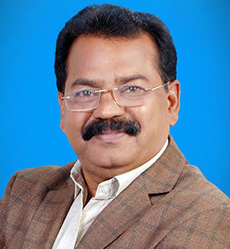 Message from the Principal

Established with the aim to spread knowledge unto the last, we have tried to be the lighthouse for the rural youth. The college started with the generous donations of those after whom the three faculties have been named and those to whom we are indebted for the huge campus ... Read more